If anyone sees the concept of religious pluralism as a threat to the supremacy of Islam, Christianity, or Hinduism or any other religion, and claim that it would result in that religion to be equated with other beliefs, then we are wrong in our motive because religious pluralism is not about a position of superiority or inferiority.

Even if one claims to be superior, it will not be accepted outside its own faith circle.

When we say we are not on equal footing with others and we reject religious pluralism based on this position, we have a responsibility to explain our stand.

Equal footing is a basis of relationship. It is a position or rank in relation to others. For example in athletics, all the players start from the same point.

No one starts first because they consider themselves as better than the other. Such approach warrants disqualification. It is only at the end of the match that we see who the best runner is and who is not. But that is decided by the judge.

This is also the case of religion. We all begin the race i.e. our faith journey, on equal footing the moment we steps out into the world from our mothers' womb. We are only one participant among various participants. The race is not over until our death and the judge is God.

Therefore, we need to be much more subtle in our evaluation of religions. History proves that religions are not necessarily affirming, at times they can be destructive, oppressive, gender and racial discriminative as we see in our world today.

And therefore, religions not only can ennoble humanity, they can also shame and degrade it. So on what basis we can call a religion superior, when all religions and those who propagate it are in constant need of transformation and reformation?

The ‘true' religion becomes the ‘false' religion many times. Many incidents in our own society and our personal experiences proves this fact.

If any religion claims that they are not on equal footing with another religion because they consider themselves more superior than the other, it provokes the question of "who is who to judge the other".

We cannot be the participant and at the same time be the judge. If we judge, that amounts to blasphemy because we are taking on the role of God.

All religions are human constructs. They are only meant to serve God and revolve around him. This is best illustrated by John Hick, a Protestant Theologian, in the well known parable of the blind men and the elephant, according to which a number of blind men are holding different parts of the same elephant.

Each believes he is holding a different object from the other and each describes his part as if it were the whole. So is also with religion. The Christian believes he has the whole truth, likewise the Buddhist, the Muslim, the Hindu and so on.

Yet each in fact perceives only a part of the divine object which reveals himself equally to all of them.

This also means that we are incapable of keeping any particular religion, be it Islam or Christianity or Hinduism at the centre of world religions and demand that everyone else revolve around our religion.

Instead we should keep God at the centre and not religion. The problem arises when we want to keep our own religion and its followers rather than God and human beings at the centre.

From this perspective, the problem of religious pluralism is much more complex. It is the problem how to think about the other.

Such a stand will be seen as politically motivated and will not achieve the purpose of understanding the other. This means that there must coherence of thought, dialogue and action both within and outside.

If we cannot think ‘out of the box' to see the other, then all our efforts of ‘interfaith' dialogue will not become meaningful to create understanding.

One has to commit to ‘pluralism' based on one's ‘exclusive' religious experience in order to build respect for the other.

When we say, religious experience, we mean one's personal experience in his/her relation to God. It is a personal conviction that one holds.

We cannot say one's experience is superior than the other. We can only affirm our difference in terms of our religious experience, which also includes our understanding of God.

Therefore, if we are antagonistic to religious pluralism based on our religious experience, then we are disqualified even before the dialogue starts.

This would also mean that our religious experience promotes selfishness and self centredness, and has no regard for the other. Even when we claim that we have regard for the other, it is only self satisfying religiosity i.e. ‘the other is good as long as they are good to me' attitude.

This approach places the other in an inferior position and poses serious difficulty for inter religious harmony.

By religious pluralism, we are not talking about who is superior or who is inferior, or who has 5 A's or 5 B's or 5 C's or who can speak well etc.

If we have this attitude, we are like children in class A, B, C, D and E etc (divisions of class according to the marks obtained in exams like Class Bestari, Class Cemerlang, Class Pintar etc.) It may be that students who are in top class develop a superior attitude and look down on the other because they consider themselves as better than the other.

We should not approach the other based on this attitude.

For this one has no choice but to commit to pluralistic approach based on his/her exclusive religious experience because it is all about co-existence with the other.

Interfaith Councils established at the Federal level and in Penang are commendable as long as these are meant to accept, understand and manage this diversity of religious experience in this multi-religious and multi-cultural country of ours.

One has to accept this diversity of religious experience and not claim superiority. In this way, we can be a strong observer of our faith without putting somebody else down.

In the final analysis, let us all remember that we have to do not with Christians or Budhists or Hindus or Muslims and so on, but with our fellow human beings in all their diversity.

If we take this position, we can overcome feelings of superiority and the question of equal footing and religious pluralism.

After all, we are talking about God and let us all understand that God doesn't need our certificate to prove that God is the creator of the whole universe - and that includes each and every one of us in all our diversity of religious experience, culture, language, race, gender and so on and so forth.

It is only our actions and how we relate to the other would prove if our religion and spiritual experience is true or false. 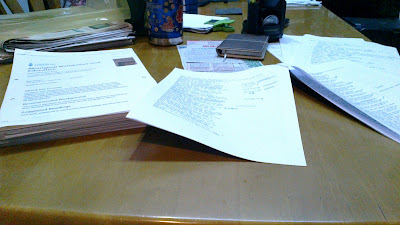 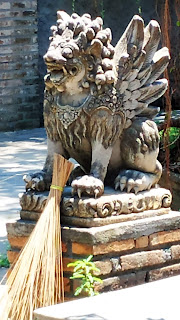