Showing posts from October, 2013
Show all 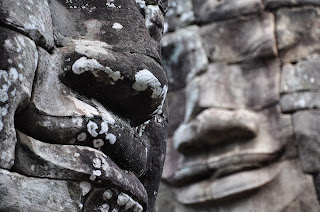 October 28, 2013
连续上一篇。材料取自互联网课程《The Brief History of Humankind》。 。。。。。。。。。。。。。。 The basic polytheistic insight is that the supreme power of the universe has no interest and no biases. So if people want help in their mundane affairs, they should address one of the subordinate gods, rather than the supreme power. And each person could choose whatever god or gods, were most suitable to him. One person wanted to worship Apollo, another person worshiped Zeus. A third person worshiped Aphrodite and so forth. With time, however followers of certain polytheistic gods, they became so fond their particular god, that they drifted away from this basic insight. They began to believe that their particular god is not one among many, but is the only god and that he is in fact, identical to the supreme power of the universe. Yet, at the same time, they continued to view their god as having interests and biases. They continued to believe, that their god even though it is the supreme power of the universe, it
Post a Comment
Read more 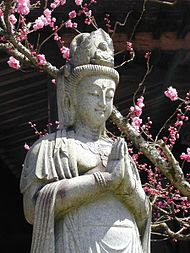 继续上上一篇，《什么是polytheism？》 记得好几年前，大宝升节刚过，办公室里的印裔小妹妹带游行的相片簿来分享。我从成叠的七彩兴都教神祗中找到一个白脸孔的观世音佛像，下巴几乎掉下。小妹妹笑嘻嘻说，是呀，观世音也算是我们的其中一位神。那时我的脑筋实在是卡主，不知该作何想。 取自wikipedia 大概从自家宗教开始学习的话，不会看到比较‘全面’的描绘。得从更长的年代，跨越几千、纵横几万年，方摸索得出少许轮廓，理解一点道理。 毕竟每个宗教多少总会有一言堂之举。而拉长时间仔细观察人类历史，就有另一番体会。 上次抄到多神宗教有不理人世的全能力量，the supreme power，因为祂不管事，人类只好塑造或 拜托比较低层次的神祗，符合各种祈求，造就百花齐放百家争鸣。 ...................... One of the implications of this basic polytheistic insight, is that polytheists turned to be tolerant towards the religious beliefs of other people. Since polytheists believe on the one hand, in one supreme but completely disinterested power, and on the other hand, in many partial and biased powers, all these gods and goddesses. Then polytheists have no difficulty to accept the existence and the efficacy of all kinds of gods. I may worship this god or this goddess, but there are others in the world, it's very obvious to polytheists. Polytheists are therefore inherently open minded and they rarely in history persecu
Post a Comment
Read more 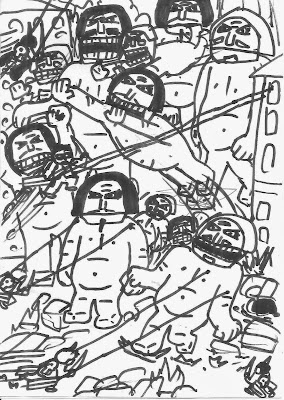 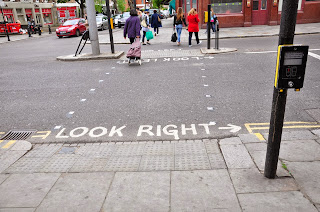 October 13, 2013
Simon and Garfunkel - The Boxer I am just a poor boy Though my story's seldom told I have squandered my resistance For a pocket full of mumbles such are promises All lies and jests Still a man hears what he wants to hear And disregards the rest When I left my home and my family I was no more than a boy In the company of strangers In the quiet of the railway station running scared Laying low, seeking out the poorer quarters Where the ragged people go Looking for the places only they would know Lie la lie ... Asking only workman's wages I come looking for a job But I get no offers, Just a come-on from the whores on Seventh Avenue I do declare, there were times when I was so lonesome I took some comfort there Lie la lie ... Then I'm laying out my winter clothes And wishing I was gone Going home Where the New York City winters aren't bleeding me Bleeding me, going home In the clearing stands a boxer And a fighter by his t
Post a Comment
Read more 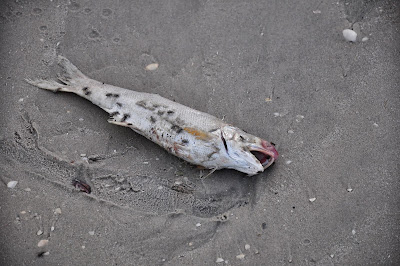 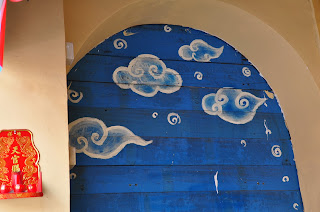